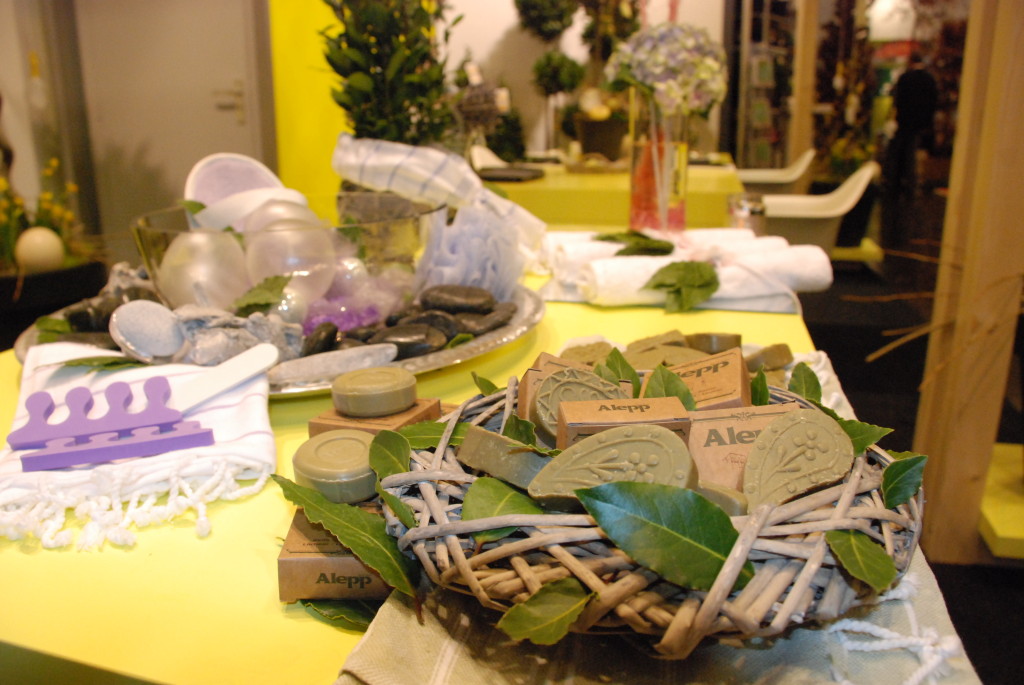 The bay laurel is not only an aromatic plant but has also been valued for thousands of years for its cleansing properties. The bay laurel was even a product that helped launch today’s cosmetics industry: laurel oil is the essential ingredient in the world’s first solid soap, the more than 1,000-year-old “Mother of All Soaps” — Aleppo soap — whose quality is rated by its laurel oil content.

Aleppo soap blends the softness of olive oil and the restorative effect of the laurel into a pure, mild soap. It is especially recommended for those with sensitive or damaged skin.

Aleppo soap works by moisturising and nourishing the skin: just a few days’ experience will make it clear what it does to your skin. Aleppo soap is 100% vegetable-derived, fully biodegradable, and one bar will go a very long way.

As its name suggests, the soap comes from the city of Aleppo — a Silk Route settlement of old, trading goods from Mesopotamia, and one of the world’s oldest cities. Cosmetics were being manufactured here well over 4,000 years ago.

The original Arabic name for Aleppo soap is sapun ghar, literally ‘soap of laurel’. In later centuries, the Crusaders brought Aleppo soap back to Europe, where its adaptation, savon de Marseille, became the basis of European soap making.

Tip for use: Do not leave the soap in a wet basin, as it will soften and begin to melt. That would be such a shame, so keep the soap bar going for longer by air-drying it in a dry saucer or dish.

You can like us on Facebook, where all kinds of laurel knowledge are exchanged and where you can also receive regular tips on ideal care for your bay laurel.